A panel presentation with the subject "How Can Conservative Voters Evaluate State Judicial Candidates?" was featured during the Greater Houston Council's May general meeting.  Gathering at the Sosa Center, a smaller than usual group of attendees heard a very informative talk by three speakers.  The moderator was Susanna Dokupil.  Those not present missed an interesting program. 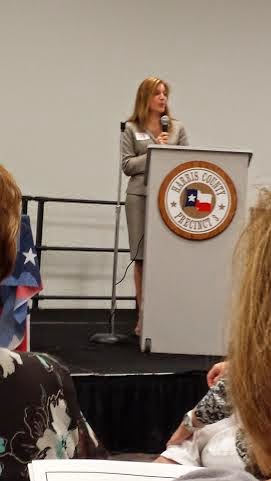 Ms. Dokupil introduced each panelist - all of whom are members of the Federalist Society, including herself. 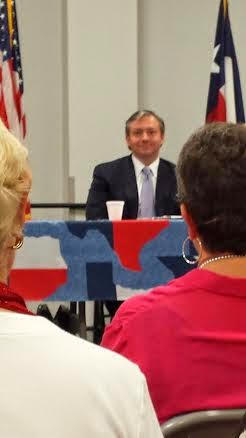 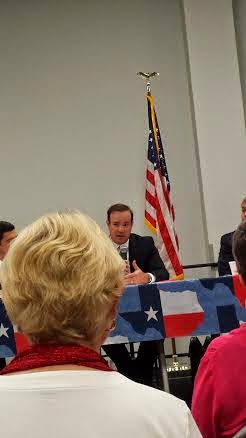 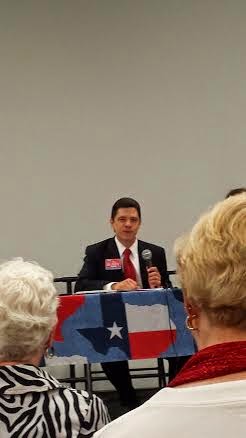 All of the judges spoke to the importance of the upcoming election.  Yes, I know elections are frequently referred to as "the most important" but we are in changing times in the great state of Texas and our elections will indeed have consequences.  It is very important to know the judicial candidates and make wise choices.  Judges must follow and rule on the laws of the state, whether the judge agrees with the law or not.  It is not acceptable to have judges on the bench who rule according to their own beliefs and not the will of the people.  Unhappy with a law?  Then elect legislators who will change it.  Do not accept judges who legislate from the bench, Republican or Democrat.  It is important to look at the ballot and research the best candidates, then get to the polls and vote.

While judicial candidates will tell you that they are conservative and will conduct themselves accordingly, remember it is not a promise they can make or keep to rule as a conservative.  It is important to elect Republican judges because we see over and over again that Democrats legislate from the bench more frequently than Republicans.  The Republican Party stands with the rule of law.  We should not expect anything less from them when they are elected to serve.

Judges are not able to endorse candidates.  One way to check into a judicial candidate is to look at his/her experience and education.  Look at what kind of law practice is involved and that can tell a voter a good bit about what is close to the heart of the candidate.  Does the lawyer do much pro bono work?  If so, those clients will point in the direction of what is close to that lawyer's heart.

Experience matters.  Temperament matters.  Age can be deceiving.  Sometimes the older candidate is not the best fit for that position.

The 2014 election in November is important locally and the 2016 national election is crucial.  Republicans have a one seat majority on the Supreme Court at the moment.  Another Democrat in the White House elected in 2016 means the Democrats and a liberal judicial philosophy will take over that court.  Think about that.

It is your duty as a citizen in our democratic republic to do a little research and go out and exercise your right to vote.  This is not the time to stay home and pout if you do not get the perfect candidate - or if your favored candidate doesn't win the primary.  Be responsible.  Do the right thing.  Future generations are in the balance.
Posted by Karen Townsend at 4:52 PM
Email ThisBlogThis!Share to TwitterShare to FacebookShare to Pinterest