You know as well as I do that Hillary Clinton felt entitled to the U.S. presidency as no other candidate has in my lifetime. The worst part was her continued playing of the gender card - women HAD to vote for Hillary because she's a woman. So what did she do? She provided critics (including myself) with fodder when she allowed herself to become the very stereotype that women fight most when she was too emotionally fragile to handle her defeat.

I struggle to this day, as we usher out 2016, a full 54 days since the night of November 8, 2016 to understand what kind of role model she thought she was showing to younger women running for office. Hillary Clinton was too consumed with uncontrollable crying and outrage to do the most basic and the most important gesture any political candidate knows to do - go before her supporters in the victory party room and her voters watching on television to thank them. Instead of pulling herself together, she sent out her top minion, John Podesta, to address the crowd. Granted, many of those gathered had already begun to leave once the defeat was obvious, but Hillary Clinton was too self-absorbed to even do a brief thank you to those most loyal to her.

Hillary Clinton is in her own little bubble, sure, and she surrounds herself with people enabling her to live that life, but she ran on being tough and strong - ready to break the glass ceiling of being the first woman president. The irony is that a glass ceiling was indeed broken that night but not the one she droned on about. Donald Trump's campaign manager, Kellyanne Conway, broke another kind of glass. Conway, a Republican woman, became the first woman campaign manager to successfully run a presidential campaign.

Clinton has lived off the coattails of her husband throughout her entire career, while pronouncing herself the top feminist in the country. Thank goodness the Trump campaign went after an electoral college win instead of being consumed with the popular vote. Also important to note, the Republican candidate was able to think as traditional politicians do not and he made a play for non-traditional Republican voters, as well as those in blue states. It paid off.

Saddest of all is the reaction of leftist women who voted for Hillary Clinton. I see their posts on Facebook and Twitter. They are so consumed, still to this day, with anger over her loss that they relish ridiculing Conway's difficulty in placing her four young children in private schools in D.C. - how's that for solidarity? When a leftist tells you that all women must act one way, remember it is a one-way street for them. They have yet to learn the lessons of this election. It's good for Republicans, by the way. Let them live in bitter bubbles.

I am thankful that Hillary Clinton was defeated. As a baby boomer feminist myself, I am tired of the left's hijacking of the term. Conservative women are also feminists and understand the term means living life as you chose to live it.

If you had told me a year ago that I would welcome the inauguration of Donald Trump in 2017, I would have laughed. Now, though, I do welcome it. The uncertainty of a neophyte in the highest office in the land, along with the possibilities to shake it all up and begin doing the nation's business in a better, more efficient way far outweighs the certain disaster of Hillary Clinton. It was, in fact, a clear, binary choice for me.

Posted by Karen Townsend at 3:31 PM
Email ThisBlogThis!Share to TwitterShare to FacebookShare to Pinterest

Much has been made in recent days of the death of celebrities in 2016.  The year seems to be a particularly brutal one in pop culture. In light of what seems to be 24/7 coverage of celebrities and the lives they lead, I did a quick search of other celebrity deaths - those who have left a unique mark in the field of science and medicine.

In January, Marvin Minsky died. He co-founded the artificial intelligence lab at MIT in 1957. 1957. Ponder that. Not surprisingly, he was friends with science fiction legendary writer Isaac Asimov. I was interested to read his wife is a pediatrician. She, too, was forging a new frontier - women who practiced medicine were not the norm in that day's society.

The world runs on email. The man who invented email and the '@' used to separate our names from our machines died in 2016. His name is Ray Tomlinson. Thanks to his forward thinking in technology, our lives have been made easier - keeping in touch with loved ones and business associates, sending documents and other paperwork, sending photos, etc. He is a member of the Internet Hall of Fame. Yeah. It's a thing.

In the world of space exploration, besides John Glenn, there is Edgar Mitchell, the sixth person to walk on the moon, died in February. You may remember his fellow moonwalker, Alan Shepard for golfing on the moon but their Apollo 14 mission success was important after the drama of Apollo 13. He was colorful in his interests of ESP experiments and paranormal phenomena.

Vera Rubin was the only graduate in astronomy from Vassar in 1948. She went on to earn a PhD from Georgetown University and her work confirmed the existence of dark matter in the universe. She died Sunday, Christmas Day. Her death, after her game changing work, should earn her as much recognition as any celebrity death. It won't, of course, but there has been some acknowledgement on Twitter.

Unlike most 'climate scientists' who spend their career behind a desk, Gordon Hamilton pursued his scientific theories in the field. He died in October on a scientific expedition in Antarctica. I don't agree with his climate change alarmism but he was well-respected in his community for the personal risks he took in pursuit of data gathering.

Dale Schenk decided to go into science instead of pursuing his love of the piano after witnessing the ravages of Alzheimer's disease on his grandmother and others. He and his team made great strides towards a vaccine for the disease - they have been successful with mice but not in humans as of yet. He died in October at the age of 59.

Dr. Henry Heimlich, inventor of the Heimlich technique that saves choking victims, died in December. A thoracic surgeon, his history is checkered with friction within the medical community. He was a skilled self-promoter and once tried to take credit for a technique for saving a damaged esophagus, only to later admit a Romanian surgeon had been using the technique for many years. He was 96 years old.

I am sure there are many others. There are also teachers, community activists, athletes, as well as other professionals who shape our lives and make the world a better place. Most importantly, our military service men and women are never properly acknowledged, if you ask me. As free people, we can never thank them enough for their service in our names.

Celebrities on screen and in music touch our lives in an emotional way. They are a part of the touchstones in life and that is important to acknowledge. I just wish real life, every day heroes garnered the same attention.


Posted by Karen Townsend at 2:47 PM
Email ThisBlogThis!Share to TwitterShare to FacebookShare to Pinterest 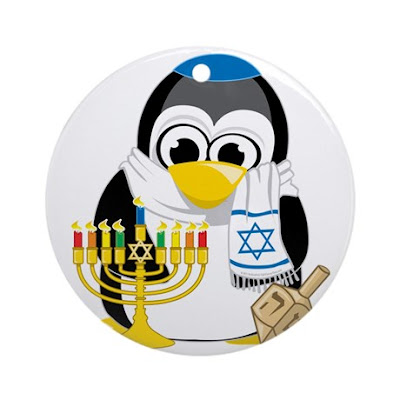