As promised in the run up to a Republican majority in Congress, the House and Senate passed a Keystone Pipeline XL bill to authorize its approval and sent the bill to the president.  Tuesday afternoon, he vetoed that bill.  He, too, lived up to his pledge.

"[B]ecause this act of Congress conflicts with established executive branch procedures and cuts short thorough consideration of issues that could bear on our national interest -- including our security, safety, and environment -- it has earned my veto," Obama wrote in his veto message to the Senate.

It's not over, though.

Mr. Obama’s veto did not reject the pipeline outright; rather, it allows the president to retain decisionmaking authority over the $8 billion project, which requires a green light from the State Department because it crosses the US-Canada border.

The studies have been made over and over again.  This decision making process has been ongoing for  six long years. The State Department has ok'd the project.  There is nothing else to be decided upon. Hillary Clinton as Secretary of State enjoyed the postponements of the project to appease the ultra left environmentalists, as Obama does, but even she came around to saying she was inclined to say yes to its approval.  The longer Obama stalls on the final decision - as the State Department now does a "final" analysis, the closer the issue comes to Hillary's expected run for president in 2016, when she will once again be appeasing the far left electorate.
Posted by Karen Townsend at 3:41 PM
Email ThisBlogThis!Share to TwitterShare to FacebookShare to Pinterest

Wisconsin Governor Scott Walker has managed to get himself into another public relations mess. The first one, you may recall, was his response to a question about his belief in evolution presented by an English interviewer in London.  He tried to duck the question when all he had to say was, "yes." It would have been over and done with. He didn't do that, however, and the story was cable news fodder for days.

George Will said on Fox News Sunday, "There are certain questions for which you answer "Yes!". "Do you believe in evolution? "Yep." "Do you think President Obama is patriotic? "Yes". No further explanation needed. These are simple questions asked of only Republican candidates by liberal media types who want to portray the Republican Party as the party of Neanderthals. We all know it. We all expect it. The candidates themselves should be the most aware of the questions that will come their way and be prepared.

"There are trap doors every day when you are running for President", said Robert Gibbs, former Obama spokesman on Meet the Press. We know that, too. We must be diligent and choose candidates who can maneuver around in the mind field of questioning from reporters. Candidates have to be on guard in even the most friendly of interviews and certainly should not weigh in on a subject if not asked about it. We have seen time and time again a Republican candidate vilified for an off the cuff answer while Democrats are consistently given a free pass. That is the reality of today's journalism.

This response from Senator Marco Rubio (R-FL) when he was asked about the remark was perfectly delivered:

"I don’t feel like I’m in a position to have to answer for everyone in my party who makes a claim. Democrats aren’t asked to answer every time Joe Biden says something embarrassing. So I don’t know why I should answer every time a Republican does. I will suffice it to say, I believe the president loves America. His ideas are bad.”

The response is perfect because it stops the conversation and it is truthful. No one Republican has to respond or justify or explain in any way what another has to say.  The demands for response come from a media who do not want Republicans to win.  Governor Scott Walker (R-WI) is in an uncomfortable place again because he made the mistake of saying he didn't know if President Obama was a Christian or not.  This was an unforced error. Walker is doing well in early polls as a potential presidential candidate and it was just dumb of him to go there. He is the son of a preacher so maybe it was an honest mistake but it shows he still has a way to go before he is ready to be in a presidential race.  He has been a successful governor and a proven fighter so I hope he gets it together soon.

There are plenty of policy differences that Republicans can focus on against Democrats, especially Obama, who will not be running again, so our candidates must just stay out of the fringe nonsense.  We all have our opinions of President Obama. Some have read his own accounting of his life story. There is plenty to be concerned about but it is water under the bridge now.  The man is in his second and last term. We just have to get through two more years.

Let's make sure it is a Republican who replaces Barack Obama at 1600 Pennsylvania Avenue.

Posted by Karen Townsend at 6:21 AM
Email ThisBlogThis!Share to TwitterShare to FacebookShare to Pinterest 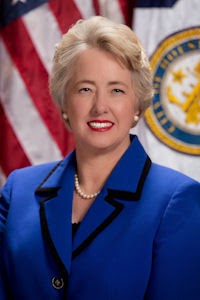