Obama to South Louisiana: F**K You! 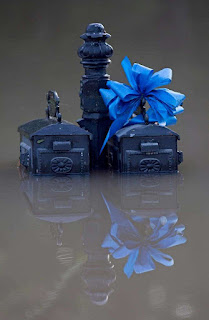 You may not have heard about it on your local news broadcast or read about it but South Louisiana drowned about a week ago and the people there could use some help.

President George W. Bush will forever have his administration's clumsy response to Hurricane Katrina on his record yet the very same reporters and Democrat politicians so eager to write that story are silent. President Bush flew over the damaged landscape and surveyed it en route back to Washington, D.C. and you would have thought he was personally responsible for the event. The record was finally corrected that many preparations were in place but due to Democrats in office - in control locally - the worse results happened.

As of today, there has not be so much as a public statement of concern from President Obama. He did declare the area eligible for federal assistance and FEMA is doing what can be done for the time being, but Obama has failed on a key responsibility of his job - that of comforter-in-chief. He hasn't even bothered to acknowledge the death, destruction and despair in an area already weary from police shootings, shrinking budget and services, and shrinking opportunities.

The American Red Cross would appreciate your help. Over 40,000 homes have been affected and tens of thousands of people displaced. The American Red Cross declares it the worse event since Hurricane Sandy. You may remember that Hurricane Sandy occurred during Obama's re-election bid so he was all over that disaster from the onset of the storm. You may remember the famous photograph of Obama and N.J. Governor Christie walking in full embrace along the coast.

Today there is a story in the Baton Rouge newspaper that Obama has now requested daily updates. Unbelievable.

"Gov. John Bel Edwards said he spoke to Obama Sunday night, when the president made the initial disaster declaration for four parishes. Since then, the disaster declaration has been expanded to 16 others. Obama offered his prayers for the flood victims during that private conversation, according to the White House."

How about a public statement for the people? Sending Jeh Johnson, only today, is a positive step but doesn't fulfill the president's duty. As Lyndon Johnson was told during the aftermath of Hurricane Betsy: "We don't want your best man, we want you." Johnson arrived 24 hours after landfall.

It has gotten to the point of such frustration that the newspaper has published a strong editorial demanding Obama at least make the effort to come to the area and pretend he cares about his fellow Americans, vacation or not.

"The optics of Obama golfing while Louisiana residents languished in flood waters was striking. It evoked the precedent of the passive federal response to the state’s agony in 2005, a chapter of history no one should ever repeat."

The voices outside of Louisiana have been silent in coverage - no mentions from either Hillary Clinton or Donald Trump. Barack Obama has grown the government's reach into our personal lives and expanded controls of our everyday lives to such an extent that more people than ever are wholly dependent on government assistance. Hillary Clinton promises more of the same. Clearly it is all about political control for them. When the chips are down, they are nowhere to be found. Twenty parishes (counties) are underwater in South Louisiana and the president parties on, living large on Martha's Vineyard. 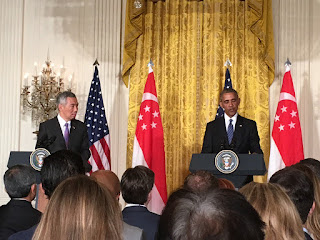 Today in a joint press conference with Prime Minister Lee of Singapore, the President of the United States declared the Republican nominee for President "unfit to be president" Fundamental change  accomplished, Barack Obama. It is one thing for a sitting president to declare his support for the candidate running in his own party, it is quite another thing to declare the opposition party's candidate as unfit as the world watches.

I challenge anyone to show me an example from another sitting president behaving in this way. It is stomach-turning enough for a sitting president to be so one-sided in his governance that he truly thinks he is making some kind of magnanimous gesture to state he is willing to sit down with people from both sides of an issue - in this case, TPP - but it is quite another to ratchet up the trash talk about one party's nominee for the highest office in the land. The next leader of the free world, no matter the election outcome, deserves better in a civilized society. I am trying to imagine the outrage from the American press if George W. Bush had made such a statement of Barack Obama in 2007.

A reminder: the President of the United States governs all Americans, not just those in his/her own party. Obama has been the most divisive president this country has seen. A man given the opportunity to unite and inspire the country - as he promised in 2008 - has totally wasted that possibility.

Posted by Karen Townsend at 12:04 PM
Email ThisBlogThis!Share to TwitterShare to FacebookShare to Pinterest 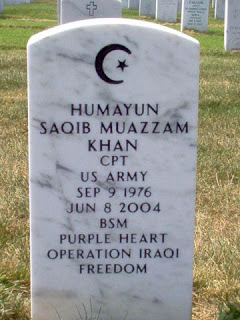 Were you conned by the Democrats' version of politicizing a grieving Gold Star family at the DNC extravaganza labeled as their patriotic night? I hope not. After a bit of pondering over this latest media- generated kerfuffle and the willing #NeverTrump crew's help, suddenly GOP candidate Donald Trump is attacked for defending himself against the unprovoked rant from a Muslim immigrant from Pakistan via the UAE to Virginia. The willing culprit went onstage at the request of the DNC (Hillary Clinton), along with his wife, and claimed that not only would his son - a patriotic soldier in Iraq killed in action after saving many other soldiers, posthumously awarded the Purple Heart and Bronze Star medals, not be allowed into this country using Trump's guidelines on Muslim immigration but also that Trump surely has never read the U.S. Constitution.  Dramatically, he then took a pocket-sized edition of the document and waved it while saying he would be happy to lend him his copy to read.

The Democrats, who have to actually set aside a night to proclaim patriotism, as they usually are too busy disrespecting the military and America's defense to be taken seriously, lauded the man as their new hero. The mother remained silent at her husband's side.

Let's contrast this to the reaction that Patricia Smith, the grieving mother of Sean, also killed while serving the United States in the Middle East - in Libya, Benghazi to be exact, - and her treatment from the media after her address to the RNC. She was called everything from a liar to being exploited by the Republicans. Hillary Clinton, as recently as yesterday on Fox's Sunday Show claimed that Mrs. Smith probably doesn't really remember events correctly due to her grief.

I want to be clear here. The Democrats had to reach back to a soldier's death in 2004 - under the command of President George W. Bush - to use a grieving military family as political fodder and allow him to rant against the immigration and homeland security policy of GOP candidate Trump. Mrs. Smith's son was killed under the watch of Democrat candidate Hillary Clinton. As Secretary of State, he was her responsibility as he served the U.S. ambassador in Libya. To this day, we have not been told where Hillary Clinton was that fateful night on September 11, 2012 or, for that matter, where President Obama was that night. She failed miserably in answering her 3:00 AM call and now she wants to be Commander-in-Chief. No thanks. Were there no soldiers of Muslim faith killed in action recently with parents willing to use him or her for a get- out- the- vote effort for Hillary Clinton? Probably not. Why? Usually, military families go out of their way to stay out of politics.

So, I questioned why this father wanted his time on the DNC stage. Why did Team Clinton choose him? Then, after reading the transcript of his speech - since I didn't see it live that night - it became clear to me. Clinton's campaign wanted to make a statement about Trump's idea of strict immigration policy for those coming here from countries that are hotbeds of Islamic terrorism. It had nothing to do with disrespect for a Gold Star family - it was all about immigration policy. Again, Democrats don't show respect for military members unless it is to benefit their agenda. Democrats counted on Trump defending himself and he did. Then Democrats and willing helpers in the media and the #NeverTrump crowd reacted. Playing right into the hands of Democrats, there was much pearl clutching and proclamations that Trump has finally gone too far - he is attacking a Gold Star family! How convenient for them.

To fact check Mr. Khizr Khan, he came to the U.S. via the UAE as a Pakistani citizen in 1980. His son was born in the UAE and was two years old when his parents brought him here. His family would not in any way be affected by the immigration policies put forth by Donald Trump today. This is all indignation for political convenience. Shame on them all.

Trump was attacked as he defended himself on social media and on television. Yes, I think Trump is not a finessed man in speaking and wades into areas not usually done by political candidates. I don't rejoice in his crude manner. However, it is just as offensive coming from the provocations of Mr. Khan. His wife was silent and as a mother myself, I understood that. Now, however, a woman who said she can't bring herself to speak about her son and his death 12 years ago suddenly has found her voice in television interviews. I'll let you decide her level of participation in this con job. I do not, as a parent, doubt this couple's level of grief. I do question motivations, especially in politics.

Would a grieving military family with an ordinary middle class Christian or Jewish background have been used as a prop by the Democrats? No, I don't think so. This is why I think all of this will backfire on Team Hillary. Unlike other Republican candidates, Trump will not allow the other side to define him without a fight. This is why the base of the party has embraced him. I would have preferred Trump thank the couple for the ultimate sacrifice their son made for our country and said his policy on Muslim immigration was in direct response to the extreme Islamists wishing to kill westerners, like they did Capt Khan, but I'm not this candidate and he hasn't asked for my advice.

It is interesting that after a weekend of television appearances, Mr. Khan would now like to get out of the spotlight. This is after, of course, Khan has demanded that Republican leaders get rid of Trump. How typical - Khan's Constitution only goes one way.

Posted by Karen Townsend at 10:39 AM
Email ThisBlogThis!Share to TwitterShare to FacebookShare to Pinterest