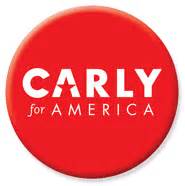 "This is a new Republican Party". The statement, uttered by an insider Democrat now working in network television, acknowledged the diversity of the party's field of presidential candidates. It's a big field - someone for everyone.


I met Ted Cruz in 2009, in Galveston.  I was a delegate from Memorial West Republican Women to the TFRW convention.  Cruz was there, along with this lovely wife, Heidi, introducing himself to the ladies.  Everyone knows it is Republican Women in Texas who do the work of getting a candidate elected into office.  Cruz, at that time, was running for Attorney General. I wrote at the time, "Sunday's closing session was filled with speakers Senator John Cornyn, U.S. Representatives Michael McCaul and Pete Olson, Texas Rep Larry Taylor, and Ted Cruz, former Solicitor General of Tx and current candidate for Attorney General of Texas. Cruz made a commitment to support the re-election of current Attorney General Greg Abbott should Senator Hutchison not resign from the Senate."  Cruz was a fresh voice and effective speaker.  I was impressed by his personal story and communication skills.


As it happened, Senator Hutchison didn't resign from the Senate and Attorney General Abbott was re-elected.  Ted Cruz then chose to run for U.S. Senate for the upcoming vacancy as Senator Hutchison carried out her plan to leave Washington.  I was on board for a Cruz candidacy, even when the sitting Lt Gov decided to run for the same seat.  I had - and have - huge respect for David Dewhurst.  I chose Cruz to support in that race, though.  I used my ability to blog for Cruz in his Senate run.


I was all in.  I made new friends in the Cruz inner circle and like those people to this day.  It's not personal with me, it's politics.  While I'm choosing to endorse a different candidate in the GOP presidential primary, I will still consider the Cruz crew as friends. Cruz made himself available to bloggers regularly and, through conference calls, assured us that he "knew what to say" to win an election in Texas.  That struck me as an unusually cynical statement at the time, but I brushed it off.


Remember that Cruz embraced the Tea Party when it formed.  He boasted of his ties to George W Bush and elected officials in Texas before he used the Tea Party as a vehicle in his senate race.


Against all odds, Cruz won the senate seat.  He is a master communicator and that is a welcome relief to those of us who often criticize the messaging abilities of the Republican Party.  Most importantly, Ted Cruz can raise money.  Keep that in mind as this GOP primary progresses.


Once Cruz went to the senate, his inner agitator came out and he morphed into a bomb thrower on the level of some of the most strident in politics.  This is the last thing Washington, D.C. needed.  Already bitterly divided, Republicans and Democrats were more often than not in stand-off mode in all efforts to work for the American people.  Cruz never rose to the occasion and learned how to build a coalition of like-minded senators to push reforms.  He promised lots of things and always boasted of his fighting spirit.  However, when he actually had to perform, his inability to persuade others to come to his side in arguments resulted in defeats, not victories.  Along the way, he was  exposed as just another politician seeking out the bright lights of television cameras. After only mere months in elected office - his first elected office - Senator Cruz decided to run for President of the United States.


What was once a call to be strong in conservative convictions became a taunt in his best imitation of a preacher's cadence - suddenly he saw himself as the only true conservative in Washington, D.C., the "courageous conservative." How arrogant. How Washington.


His childish stunts, while amusing, usually led to disaster.  In the case of the government shutdown, he misjudged President Obama and by refusing to negotiate, his action brought about the sequester. This was devastating to the Pentagon.  And to Republican favorability in the polls, which had been steadily rising during the reign of Barack Obama. Fortunately, Republicans won big time in the mid-term races despite the shutdown, not because of it.


This excerpt from a piece in The Wall Street Journal by Bret Stephens points to the error of perpetual outrage, choosing to make enemies, not friends among colleagues and also voters:


There also used to be a theory of politics that, in two-party systems, it was in both parties’ interests to pitch the broadest possible tent; to have, as the great Si Kenen once put it, “no enemies, only friends and potential friends.”
But that’s not Mr. Cruz’s theory. He believes in the utility of enemies—the media; Washington; his fellow Republican senators; other squishes—because they’re such easy foils and because he’s convinced that polarization works and persecution complexes sell. Who cares about Republican voters in New York (or California, or Massachusetts, or Illinois) when not one of their votes will count in the Electoral College? Why waste time and energy courting the center-right when doing so will earn you the permanent enmity of the permanently angry?
The answer to that one lies in Cuyahoga and Pinellas and Loudoun counties—those purple lands in Ohio, Florida and Virginia where swing voters still decide elections in this country. Mr. Cruz needs to answer how he plans to win 50.1% in those states, not 70% of the Bible Belt. Such an answer is available to a Republican nominee, but only one who doesn’t demean other people’s values even when he doesn’t share them. Mr. Cruz needs to study old Ronald Reagan clips to understand the difference between having strong beliefs and being an insufferable jerk about them.


It is cringeworthy that the senator from Texas called the Republican Senate Majority Leader a liar on the floor of the Senate - tossing decorum and respect aside.  It is inexcusable that Cruz uses words like "cartel" against other Republicans.  It is hypocritical that Cruz tosses around the description of "Establishment" to criticize his opponents - he is a product of the GOP establishment and now holds an elected office at the federal level as he runs for President of the United States. He is the establishment.


We are in desperate need of a statesman in this country.  Ted Cruz is not that guy.  We need happy warriors to deliver the message of Republican principles and beliefs and grow the party.  We cannot lead and implement our policies if we do not win the election.  Most importantly, we need a candidate who can work with all factions of the Republican Party - someone who understands that bringing together people for solutions is not abandoning principles - and lead.


After a recent debate, when Ted Cruz appeared to have teamed up with Rand Paul to attack Marco Rubio on the stage - though Cruz continues to say he doesn't attack others - I decided to speak up.  I was willing to try and remain neutral on social media about my preference for Marco Rubio but after that debate, I made the decision to go all in for Senator Rubio.


Marco Rubio is a happy warrior.  Marco Rubio is well liked and able to bring together other senators to work for change and reform.  Most importantly, the Democrats are scared to death of him running against Hillary Clinton.  He is just as smart as Cruz, just as conservative, a Tea Party guy, a Constitutional scholar, and did I mention is a happy warrior?  He is a fiscal conservative, a social conservative and a man committed to the safety of this nation.  Unlike Cruz, who has well-documented flip flops during this campaign, he will not embarrass his supporters.  He is trustworthy.


The best example of this sharp contrast in candidates was on display after the results of the Iowa caucus came in and speeches were delivered.  Marco Rubio delivered such a Reaganesque speech that Reagan's son, Michael, tweeted that very opinion out on Twitter after he heard it.


Notice that he congratulated Cruz and thanked Mike Huckabee, who dropped out of the race after a very poor showing, for his service.
"I want to thank an all powerful and mighty God for the chance that He has given us to be a part of this endeavor here in Iowa. It has been a phenomenal experience. I want to thank my wife, and my family. I want to congratulate my friend, Senator Ted Cruz. He worked really hard here in Iowa and he earned his victory tonight. I want to thank another good friend of mine, Governor Mike Huckabee for his service to our country, to the state of Arkansas. He has announced tonight he is suspending his campaign. We have tremendous admiration for Governor Huckabee, and we thank him for all he's done."

I challenge you to then listen to the speech delivered by Cruz.  It was long-winded, self congratulatory, and downright icky in places.  I particularly don't like the feeling of exploitation I get about his mom and how he uses her in his race.


Another indicator of Rubio's general election strength - the immediate reaction by Team Obama and Hillary people on Twitter about Rubio.  They like to compare him to Obama and his rise to the presidency.  They know Republican voters object to that.


I was a blogger for Ted Cruz's senate race.  I supported his election to the U.S. Senate.  I didn't sign on for him to run for President.  He'll make a great choice for SCOTUS by President Rubio.

Posted by Karen Townsend at 1:40 PM
Email ThisBlogThis!Share to TwitterShare to FacebookShare to Pinterest