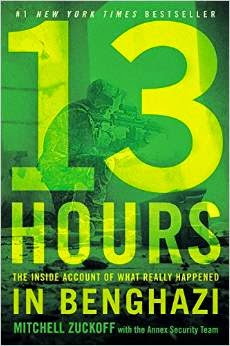 Texas Federation of Republican Women (TFRW) held its quarterly General Board meeting Friday in Austin. The featured lunch speakers were two men who bravely fought and survived the horrific attacks in Benghazi which led to the deaths of the American Ambassador and three other Americans. Their story is compelling, dramatic, emotional and one that must not soon be forgotten.

You will remember that this attack on an American embassy and outpost in Benghazi marked the death by terrorists of American Ambassador Chris Stevens, the first such murder in decades.  An American security detail was called upon to fight off the attackers.  They were not State Department employees.  They were Special Operative contractors. They were members of the American security force.

You will remember that the American response to the cry for help from those on the ground in Benghazi was slow, to be generous in description.  That help wasn't seen until sixteen (16) hours later, long past the deaths of Ambassador Stevens and three American colleagues.  Then Secretary of State Hillary Clinton failed to answer the call and then failed to successfully deal with the immediacy of the attacks.  When questioned by Congress, she famously replied, "What difference does it make?"

Just move on, people.  Nothing to see here.  The Democrats will soon enough nominate Hillary Clinton as their candidate for president in 2016 and her willing cohorts, the media and American press, are more than happy to oblige.  The claim is that the Republicans on The Hill are taking advantage of that horrible day and playing politics, simply because committees have asked questions. Never mind that oversight is one of the responsibilities of Congress. It's their job.

The two men who were the speakers for the TFRW lunch have co-authored a book about their experiences that day and the aftermath.  The men graciously added time to the visit with the TFRW board and guests to sign the books for sale.  Proceeds from the book will go to the project founded by one of the men and his wife.

The project is named Shadow Warriors Project. Mark and Krystal Geist founded the project.  Geist served as a Marine for twelve years and was badly wounded in the battle in Benghazi as a member of the American security force. This is a very worthy endeavor to help and support wounded Special Operative contractors and their families, as they are not supported by government programs, as they would be as employees of the State Department.  These men told their audience that they had to make their own travel arrangements home for Libya and pay for it all, too.  They were left to fend for themselves.  This is inexcusable.

Theirs is a haunting story of American heroes working in dangerous places in the world to protect and serve America.  They all deserve our support and gratitude.


Posted by Karen Townsend at 1:18 PM
Email ThisBlogThis!Share to TwitterShare to FacebookShare to Pinterest