Other Than That, Vice-President Elect Pence, How Was "Hamilton"? 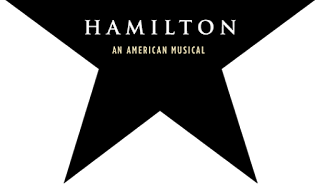 The precious snowflakes on the left are so freaked out by the election of Donald J. Trump that they are now openly confessing that they are too delicate to continue on in civil society. Their actions speak loudly, from demonstrations that turn to riots in the streets of America to the most recent example - Vice President-Elect Mike Pence attending a performance of the Broadway show "Hamilton: An American Musical" and was soundly booed and cheered by his fellow audience members. The show was interrupted more than once due to boisterous outbursts of applause as some lyrics were sung, for good measure. Then the icing on the cake - actor Brandon Dixon, who plays Aaron Burr, delivered a statement to Pence from the cast at the end of the performance. I'm not kidding. This is an actual thing that happened.

The manifesto, er, statement began with a thank you for coming kind of opening that quickly devolved to a statement dripping for contempt for the man's election victory.


"At the end of the show, one of the actors asked Pence not to leave the theater so a statement from the cast could be read.
"Vice President-elect Pence, we welcome you and we truly thank you for joining us at 'Hamilton: An American Musical,' " actor Brandon Victor Dixon said onstage.
"We are the diverse America who are alarmed and anxious that your new administration will not protect us, our planet, our children, our parents, or defend us and uphold our inalienable rights, sir. We hope this show has inspired you to uphold our American values and work on behalf of all of us."

The Twitterverse was all aflutter over this obnoxious behavior by some spoiled brats working on Broadway - remember, this is the group of actors that did a fundraiser for Hillary Clinton - and we all know they were With Her. As you might imagine, Donald Trump took to Twitter to speak up for Pence.

Our wonderful future V.P. Mike Pence was harassed last night at the theater by the cast of Hamilton, cameras blazing. This should not happen!

Donald J. Trump ‏@realDonaldTrump
The Theater must always be a safe and special place. The cast of Hamilton was very rude last night to a very good man, Mike Pence. Apologize!

And the actor responded:

@BrandonVDixon
@realDonaldTrump conversation is not harassment sir. And I appreciate @mike_pence for stopping to listen.

Except reading off your statement to a man on his way out of a theatre isn't a conversation.

And the creator of the hip-hop version of liberal America's American history, Lin-Manuel Miranda, weighed in:

Lin-Manuel MirandaVerified account ‏@Lin_Manuel
Proud of @HamiltonMusical. Proud of @BrandonVDixon, for leading with love. And proud to remind you that ALL are welcome at the theater.

Isn't it just a little ironic that the liberals and #NeverTrump voters who are so unhappy with Republicans shellacking Democrats on November 8, 2016 and the Trump- Pence ticket winning the Electoral College vote (in about landslide level) now use the cover of #Hamilton to voice their dissatisfaction, given Alexander Hamilton all but set up the Electoral College?

And for real American history - not the re-written version favored by College professors and Hollywood liberals - it's Democrats who put an actual Klansman on the Supreme Court (Hugo Black) and elected a former Klansman as Senate Majority Leader (Robert Byrd).

The people disrespected the most, however, were the average Joe and Jane who likely saved up for quite some time to get a night out in Manhattan and an evening at a Broadway show. It's a lot of money to most Americans - especially the majority of Trump voters who struggle to remain in a shrinking middle class. The cheapest ticket is listed at $179.00. That adds up to a chunk of change for a family of 4 or 5. Imagine if you were an audience member on a trip to New York City from another city or state. Imagine their interest in seeing the newly elected Vice President of the United States walk in to join you in watching the play. And imagine having that experience ruined by boisterous audience members more intent on advancing a political agenda than simply enjoying an entertainment treat. How about if you were celebrating a kid's birthday with a splurge in the family budget?

The cast members felt entitled to express their disappointment that their candidate didn't win the election and throw that on the audience, just to get to the Vice-President. Let's call it what it was - a deliberate attempt to embarrass Mike Pence. Pence was reaching out and joining in as he came to the theatre. It is reported that he clapped and responded like all the other audience members enjoying the performance. But, for merely showing up and attending the play, he was booed and made to feel unwelcome.

The cast wanted to make Pence feel unwelcome and then demand he listen to them tell him to listen to them. Only in America.
Posted by Karen Townsend at 3:57 PM
Email ThisBlogThis!Share to TwitterShare to FacebookShare to Pinterest 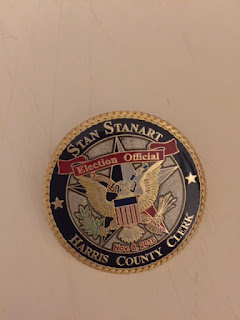 So, how about that election! Tuesday, November 8, 2016 and into Wednesday, November 9, 2016 gave the Republican party what had not been accomplished since 1928 - a Republican president, House of Representatives, and U.S. Senate. America has a majority number of Republican governors and Republican state houses, too. It's a good day to be a Republican. I haven't been able to say that in quite some time. Thanks, Obama.

Even Wall Street joined in the celebration - despite predictions of doom and gloom, the DOW closed on a record high number Wednesday afternoon.

This election was a referendum on Barack Obama. His power grabbing executive orders, his intentional use of race-baiting rhetoric, his divide and conquer policy-making, his unapologetic contempt for Republicans, and his non-stop quest for a real legacy led to a complete rejection. This election was the final rejection of Obama's failed policies which have led to 3/4 of Americans thinking our country is going in the wrong direction.

I worked at a polling place this Election Day and I was so grateful to have that distraction from the usual all day prognosticating of the talking heads on cable news and radio. This was an election cycle that, if anyone was truly honest would admit, no one knew what the hell was going to happen. It was a very long day but I found it impossible to not be uplifted to watch fellow citizens exercising their right to vote.

Credit where credit is due - Donald J. Trump won the presidential election against all odds. The first winner who never held elected office or served in the military, Trump had the great majority of media against him along with Democrats and a bunch of #NeverTrump Republican voters. Consultants and professional politicos, all of whom depend on politics as usual for a living, openly spoke with a theatrical level of disdain against him. Sitting elected officials boasted that they would not support or even vote for the Republican nominee. I will write about the failed #NeverTrump strategy later.

And then November 8, 2016 changed the electoral map of America. States not won by Republican presidential candidates, like Pennsylvania, since 1988 went to Trump.

Let me be clear, Donald Trump was my 17th choice in the Republican presidential primary. He only very recently declared himself as a Republican and clearly is not by any stretch of the imagination particularly interested in basic political philosophy. He is a 70 year old man with a lot of personal baggage that was impossible to ignore. So, when he won the nomination, I had to work through the Kubler-Ross five steps of grief. Then I made a decision - I would vote for my party's nominee for my party's sake. It is really as simple as that. I am a loyal Republican and that means I have voted for many who were not my first choice with the belief that any Republican is better than a Democrat. Have I skipped some races on a ballot? Yes. In my book, that is always a possibility.

The media was defeated and that makes me very happy. No longer even pretending to be unbiased, this political season proved to be the most openly biased I've lived to see. Very few who call themselves journalists are worthy of respect. The liberal take-over of American universities is in full display.

Pollsters were defeated. The polling in 2016 was very wrong. An exaggerated percentage of Democrats were polled and the results were skewed. This appears to have been intentional, as we learned from the leaked emails via WikiLeaks.

A glass ceiling was broken, too. It wasn't the one that Hillary Clinton spoke about but one equally important - Trump's campaign manager, Kellyanne Conway, is the first woman to run a successful presidential campaign. That is a very exciting milestone in politics. Women, the majority of voting Americans, want a woman president but not corrupt Hillary Clinton. White women, by a majority of 53%, voted for Trump. Women will not be bullied into voting for a candidate simply based on the gender card. As I said throughout this election cycle, "Yes, I want a woman president. Just not THAT woman."

After many years of feeling left out and ignored by their own government, regular Americans flocked to the polls and said, "enough". Our Constitutional Republic is strong. The wisdom of the Founding Fathers was proven again - Trump received the highest number of electoral votes of any Republican since 1988 and perhaps 1 million votes less than Clinton in the popular vote. The electoral college is a protection that allows all Americans to have an equal say in governance, not just the heavily populations areas of the country. All votes are created equal, to paraphrase the 12th Amendment.

Liberal losers with hurt feelings - and a desire for a paycheck from the likes of George Soros - are protesting in the streets of blue America. These areas are also media centers for optimum press coverage, not a coincidence. I say let them protest our system of democracy and take to the streets to do so. Hopefully, these public expressions of disappointment will not result in loss of life or property. It is their right. Just don't be fooled - these demonstrations are at the hands of professional agitators, the likes of whom were also paid to protest Trump campaign rallies and incite violence while doing so. Their willing stooges in the media were in on the ruse. Americans in flyover country were not swayed, in fact, this backfired and only made Trump supporters more determined.


Posted by Karen Townsend at 8:50 AM
Email ThisBlogThis!Share to TwitterShare to FacebookShare to Pinterest