Obama Presents the State of the Union Address Minus Reality 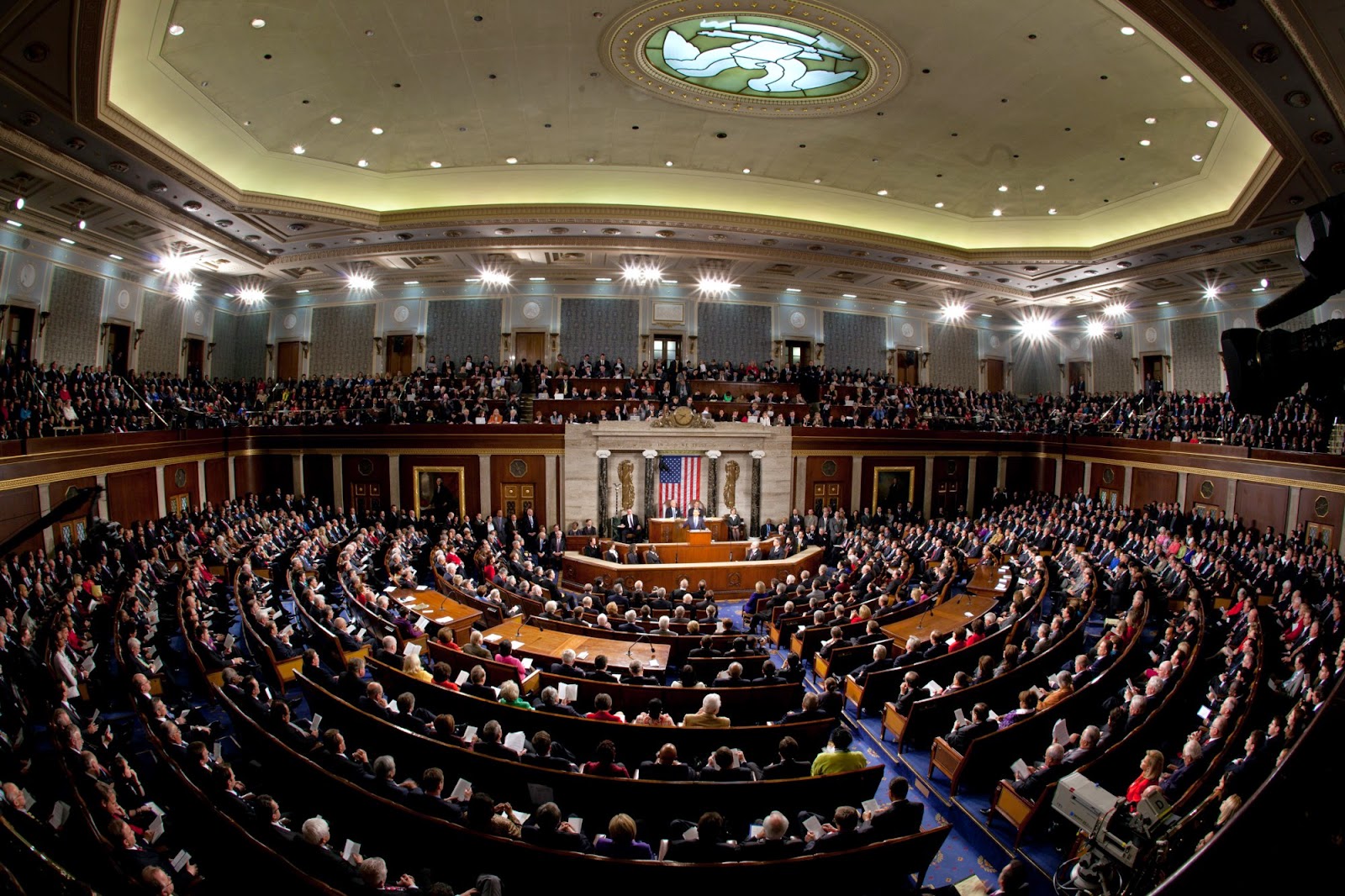 It was the standard big speech delivered by a far left liberal intent on transforming America more in line with the Democratic Socialist governments in Europe.  President Obama used the State of the Union address to promote lots of goodies while presenting no plans for financing these new entitlements, except for the mention that "the rich" must pay with more taxation.

THIS is the transcript released by the White House. You will note that it was released before he delivered the address to the country.

THIS is a good fact check on some of the bigger claims made by Obama. His claims on energy production, Obamacare and jobs were inflated and not quite honest, to be sure.

It was as though President Obama could not bring himself to acknowledge the shellacking he and Democrats received in the November 2014 election results.  There was no mention of the new majorities in Congress in the hands of Republicans. One has to ask, if his policies and programs have been so successful - as he boasted - then why did voters respond by bringing in even more opposition to his agenda? He made attempts to say he wanted to work with Republicans but this is the same old story - when the opposition speaks up and challenges his agenda, he is quick to go into "I won" mode and threaten vetoes. He also enjoys going on the road with speeches laden with taunts and pokes to Republicans. His inflated ego does not allow him to not be blinded by raw ideology in his partisanship. Barack Obama has shown himself the most partisan, least mature president in my lifetime. He is simply not up to the job. He divides when he should unite.

Texas Senator John Cornyn said, ‘Sadly, the President has doubled down on the same agenda, which in his own words was on the ballot this last fall and was soundly rejected. I think I speak for many Americans and many Texans when I say, Mr. President, enough is enough.’

What didn't the president mention in the 2015 State of the Union address?  al Quada.  Considering the state of the world today, that is an amazingly cynical omission. Taking shots at previous administrations, he referred to U.S. foreign policy as "bluster" and yet he is the one issuing red lines and then failing to act when countries like Syria ignore his own form of bluster. Perhaps bluster is in the eye of the beholder.  Today Yemen is on the verge of toppling into a completely failed state.  That vacuum has been quickly filled by those who plot to kill westerners, the most extreme of those practicing Islam.

This president refuses to use the term "extremist Islamists" when speaking about those terror cells in the headlines recently.

My first duty as Commander-in-Chief is to defend the United States of America. In doing so, the question is not whether America leads in the world, but how. When we make rash decisions, reacting to the headlines instead of using our heads; when the first response to a challenge is to send in our military — then we risk getting drawn into unnecessary conflicts, and neglect the broader strategy we need for a safer, more prosperous world. That’s what our enemies want us to do.I believe in a smarter kind of American leadership. We lead best when we combine military power with strong diplomacy; when we leverage our power with coalition building; when we don’t let our fears blind us to the opportunities that this new century presents. That’s exactly what we’re doing right now — and around the globe, it is making a difference.

First, we stand united with people around the world who’ve been targeted by terrorists — from a school in Pakistan to the streets of Paris. We will continue to hunt down terrorists and dismantle their networks, and we reserve the right to act unilaterally, as we’ve done relentlessly since I took office to take out terrorists who pose a direct threat to us and our allies.At the same time, we’ve learned some costly lessons over the last thirteen years.

Instead of Americans patrolling the valleys of Afghanistan, we’ve trained their security forces, who’ve now taken the lead, and we’ve honored our troops’ sacrifice by supporting that country’s first democratic transition. Instead of sending large ground forces overseas, we’re partnering with nations from South Asia to North Africa to deny safe haven to terrorists who threaten America. In Iraq and Syria, American leadership — including our military power — is stopping ISIL’s advance. Instead of getting dragged into another ground war in the Middle East, we are leading a broad coalition, including Arab nations, to degrade and ultimately destroy this terrorist group. We’re also supporting a moderate opposition in Syria that can help us in this effort, and assisting people everywhere who stand up to the bankrupt ideology of violent extremism. This effort will take time. It will require focus. But we will succeed. And tonight, I call on this Congress to show the world that we are united in this mission by passing a resolution to authorize the use of force against ISIL.Second, we are demonstrating the power of American strength and diplomacy. We’re upholding the principle that bigger nations can’t bully the small — by opposing Russian aggression, supporting Ukraine’s democracy, and reassuring our NATO allies. Last year, as we were doing the hard work of imposing sanctions along with our allies, some suggested that Mr. Putin’s aggression was a masterful display of strategy and strength. Well, today, it is America that stands strong and united with our allies, while Russia is isolated, with its economy in tatters.That’s how America leads — not with bluster, but with persistent, steady resolve.

Unfortunately there is little evidence that the rest of the world trusts this president for support against terrorism.  He is so busy being the anti-war guy that he fails to acknowledge the real threats to national security at home and abroad. The recent terror attacks in Paris show clearly that his response is typically late, muddled, and insufficient.

Is the incessant use of drones to kill bad guys - along with innocents, too often - a better way of winning hearts and minds overseas versus capturing on the battlefield and using GITMO? Is it more efficient in the war on terror?

The first female combat veteran to be elected to U.S. Senate, Joni Ernst delivered the Republican response to the president's State of the Union address. She wore camouflage pumps, the pictures creating a social media buzz, and presented her delivery in a calm, concise and firm  as she delivered her  response. She is also the first woman elected to serve Iowa in Congress.

George Will said  a "semi star was born." "Helped put a fresh face on the Republican party." I agree.
Posted by Karen Townsend at 10:51 AM
Email ThisBlogThis!Share to TwitterShare to FacebookShare to Pinterest