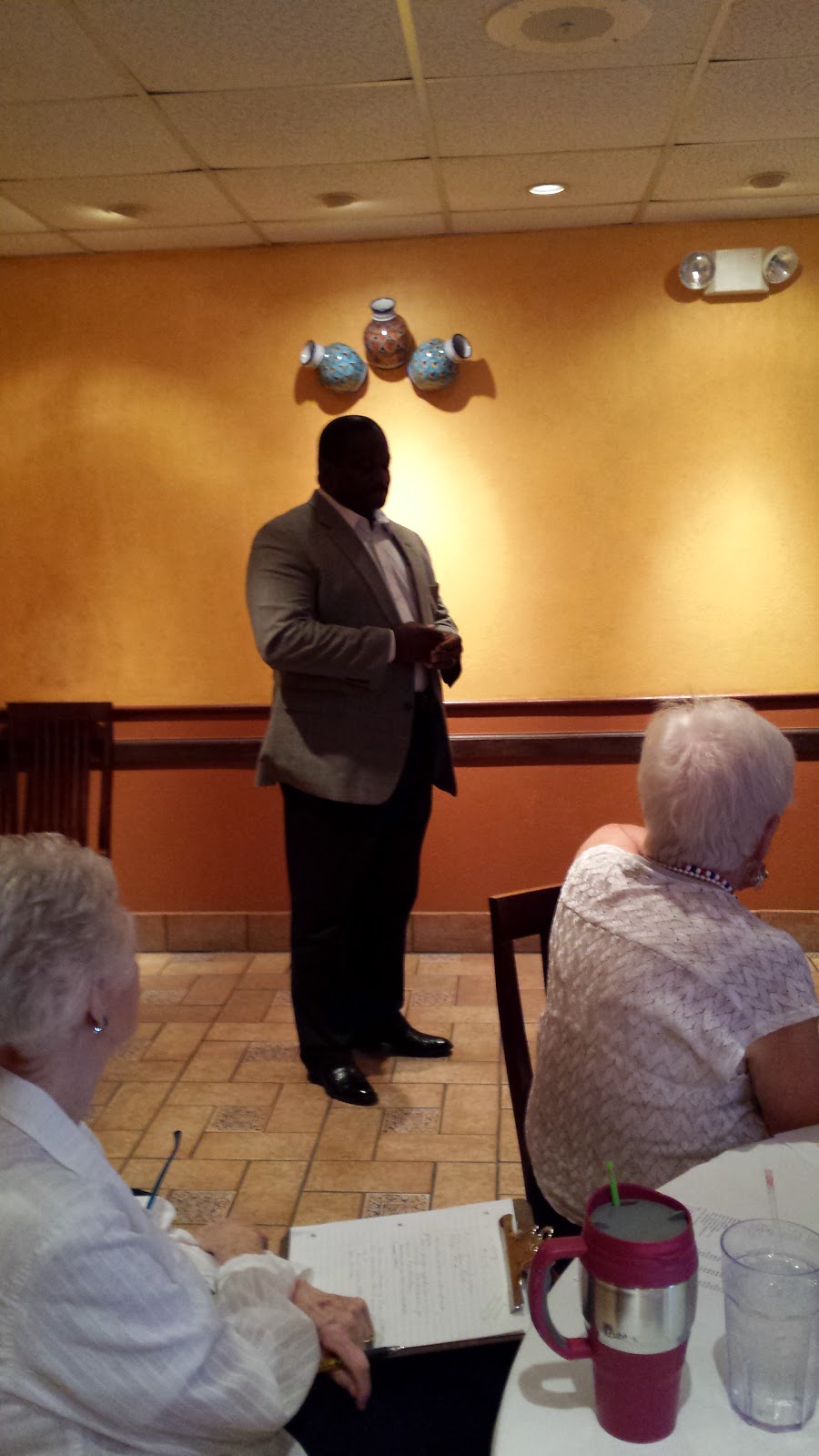 The featured speaker for Memorial West Republican Women's September meeting was Carl Pittman, author and candidate for Harris County Sheriff in 2016.  He spoke about character building implemented by his mother and of the importance for Republicans to reach out and spread the word of the Republican Party to those who may have never heard the truth of our principles and philosophy.

It is important to spread the word of the Republican Party in a more gentle way than the in your face style used by some.  Pittman used the example of speaking with a 72 year old gentleman several years ago who thought that President Abraham Lincoln was a Democrat because he freed the slaves.  Pittman corrected him tactfully and the man called him a couple of days later to say his grandson looked it up on the Internet for him and Lincoln was indeed a Republican.

Pittman's story is a truly American story - born in a two room home with the help of a midwife, the home had no running water until he was 15 years old, a tin roof and an outhouse.  Born in Fulshear, Texas, his father died when he was 5 years old.  His mother picked and chopped cotton, picked pecans and other local crops as the primary source of income for the family.  His mother had a 3rd grade education.

From his biography I used to introduce him at the meeting:

After being honorably discharged from the Marines in 1985, Carl joined the San Diego Police Department and then served the National City Police Department approximately 17 miles north of the Mexican/U.S. border at Tijuana.  His duty assignments were as a patrol officer, gang and narcotics officer and Patrol Sergeant.  During the early 1990's as a Detective, he was assigned to the J.U.D.G.E. unit, a federally funded task force.  He was a State of California Superior Court qualified expert in narcotics and gangs such as the Mexican Mafia known as La Eme and Hell's Angels.

Carl  left law enforcement in 1993 for the private sector becoming a real estate broker and subsequently founding  The Pittman Company Real Estate and Mortgage Services in 1997 serving as the managing broker.

Carl returned home to Texas in 2001 and joined the Harris County Sheriff's Office where assignments have included detentions, background investigations, internal affairs and currently serving since 2007 as a Criminal Investigator.

Carl is the author of the recently released book titled, The Personal Journey of a Black Common Sense Conservative.  Carl is a member of Project 21, a leading voice of black conservatives for nearly two decades, which is sponsored by the National Center for Public Policy Research.  Carl will be seeking the Republican nomination for Harris County Sheriff in 2016."
Posted by Karen Townsend at 1:17 PM
Email ThisBlogThis!Share to TwitterShare to FacebookShare to Pinterest