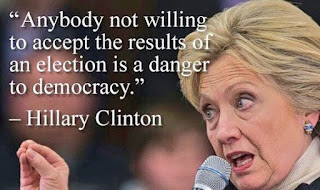 According to a news item published by Mike Allen's Axios AM this morning, a group of far left ideologues has risen up and coordinated together to troll President Trump on Twitter. The objective is to tweet opposition to his policies and actions on social media. Using the Twitter handle of @ShadowingTrump, they were brought together by Bernie Sanders supporter New York City Public Advocate Mark Green and are led by Harvard Law School professor (and Clinton supporter) Laurence Tribe. Take a look at who they are:

Times like this are when we should be relieved Republicans were able to put a street fighter in the White House to take on such tactics. The Tweeter-in-Chief has the left off balance - traditionally, Republicans don't bother to respond when the left goes to war. This, by the way, is another reason we now have President Trump - Americans were sick and tired of Republicans not fighting for them in a public way. Trump does.

So, if you are a part of the Twitterverse, keep an eye out for the latest from @ShadowingTrump. Knowledge is power. Stay outside the conservative bubble and know what the opposition is up to. 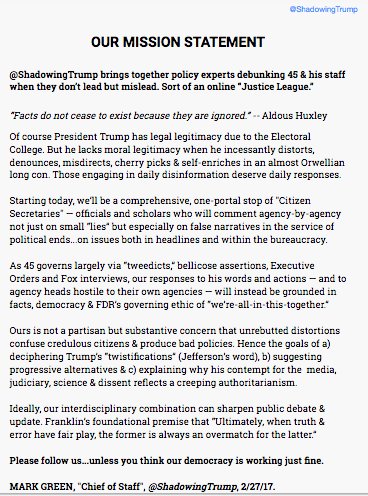 Posted by Karen Townsend at 8:52 AM
Email ThisBlogThis!Share to TwitterShare to FacebookShare to Pinterest